Open your Aperture, Be an Artist 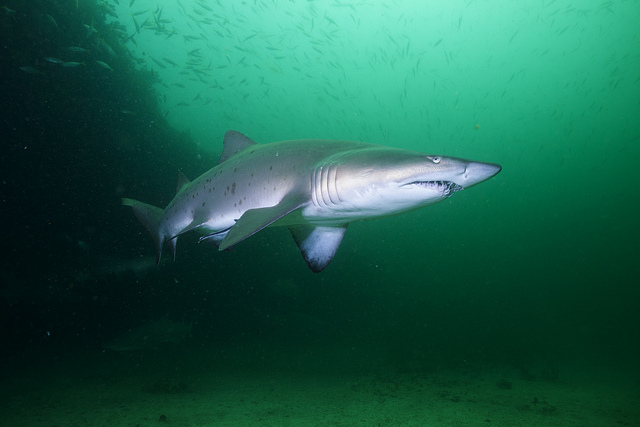 The last of the three main camera settings you need to understand, after aperture (more here) and shutter speed is ISO. ISO represents your camera’s sensor’s sensitivity. As with so many things in life, ISO values come with a trade-off. High ISO values make your camera more sensitive to light (you will need less of it for the right exposure), but it will increase the graininess of your images. This trade-off is not due to poor design of cameras, but due to fundamental limitations in the process of measuring light.

Your Job as a Pixel Attendant

Let me explain the workings of sensor sensitivity with a little allegory. Let’s say you are an attendant of a single sensor pixel. On a 16 MP camera sensor, there would be 16 million of you. While in the real world each pixel is a small patch of silicone semiconductor detecting photons (light particles), in our allegory the pixel you are attending is a pond which detects grains of hail falling from the clouds in the sky in allegory-land.

So you, the pixel attendant, sit in front of the pond and make a note for every minute when grains of hail (photons) hit your pond’s (pixel’s) surface. When the hail is pouring down (when there is a lot of light), that’s easy. You can be certain that you are witnessing hail (light) during that minute. The pond’s surface will be rippling from the impacts of the grains.

But it’s different when only very little hail comes down (in low light conditions). The pond is in a field with some wind, and some frogs live in it, too. So, sometimes you see a small ripple on the water surface, but you are not sure if it’s from hail, wind or from the movement of a frog. What do you do when you are not sure? Where do you draw the line? It’s up to you! Do you value never missing any grain of hail (photon), or do you value not having false alarms (falsely making a note of hail, if it was a frog or the wind which moved the water surface). It’s a subjective decision you have to make.

The ISO value represents your decision: a high ISO means that you want to detect every photon, and are ok with false detection. A low ISO means that you will miss some photons (your sensor is less sensitive), but your false alarms (noise) will be low.

So, what is now the right ISO value? As low as possible, depending on the situation. In macro underwater shooting, I tend very low with the ISO to get the crispest possible images. I have a lot of light available anyway – I am bringing a source of it with my, my strobe. Look at this goby, shot right in front of Salaya at ISO320:

When shooting wide angle, a higher ISO value is often necessary. I am still using a strobe for wide angle shots, but it can’t illuminate the whole scene anymore. Ambient light provides some of the illumination, but it will always be limited, even on sunny days in the shallows in the tropics; it will be more limited the deeper you go and the worse the weather and the viz are. I shot this shark in temperate water Australia, with ok-ish viz with a setting of ISO800: 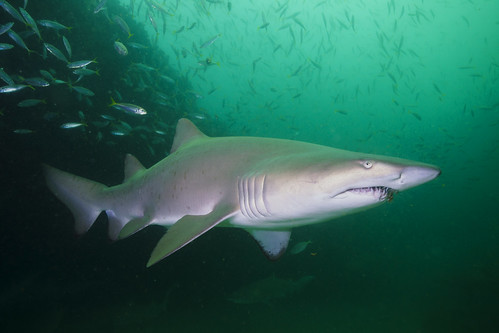 A situation which necessitates shooting at reeeealy high ISOs is when you are photographing wide-angle, and you can’t use a strobe. Wrecks are one such case, they are often too big to be lit up by a strobe. Another example are the famous thresher sharks of Malapascua. These shy animals don’t like artificial light, so I did not fire a strobe for this shot at ISO1000: 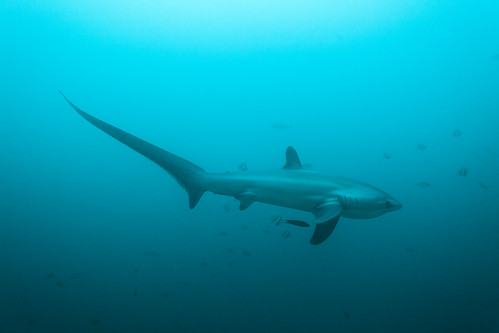 So, let’s compare the low-ISO eye of the goby, and the high-ISO eye of the shark! These are two close-ups of the shots (200 x 200 pixels). I think it’s pretty clear that the goby image, shot at ISO320, has less gainyness and background noise than the shark image shot at ISO1000. This is especially clear when looking at the background next to the animals. This is the case even though I shot the goby picture with a camera with a smaller sensor (more about sensor size in a future post!).

And to make the point even more strongly, let’s compare two close ups (200 x 200 pixels) of shots of my plastic fish; one at ISO400 and one at the extremely high value of ISO25600! While I didn’t need a lot of light for the second exposure, the very high ISO value makes the image very grainy! 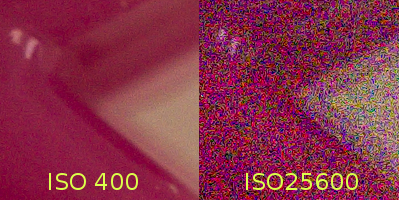 On a side not, in North Korea it’s illegal to photograph members of the Politburo with ISO values greater than ISO800 (which would make them look bad).

Photographic greetings from the Philippines! If you have any questions or suggestions, email me at klaus@salayabeachhouses.com 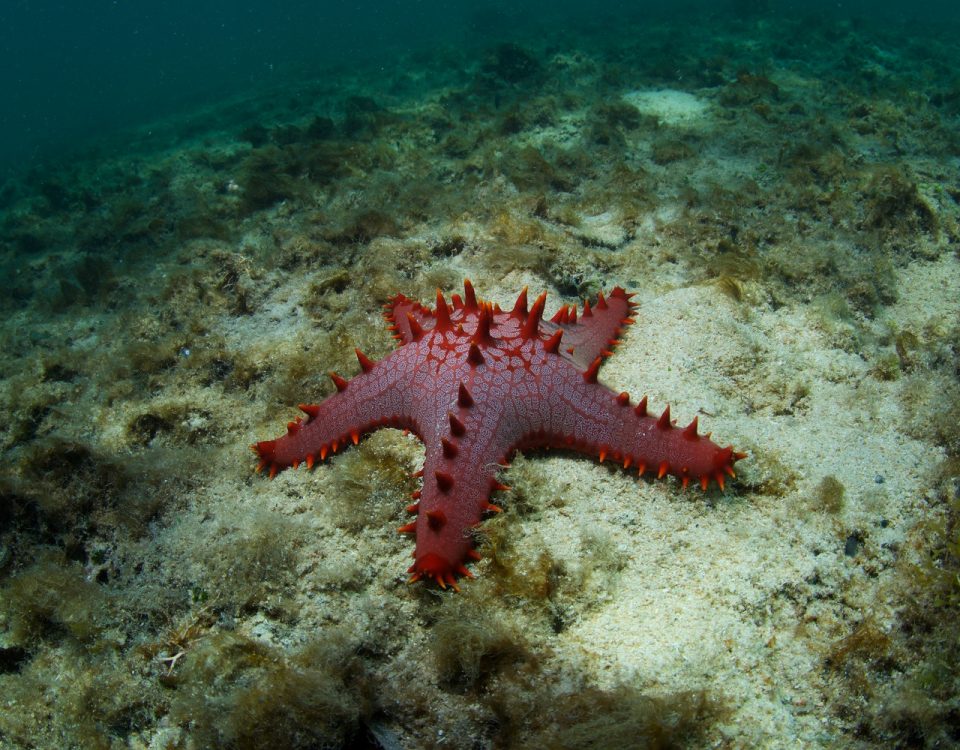