We are excited to report that this morning we spotted one of the most unusual, fascinating, and enigmatic animals which can be found in tropical waters: 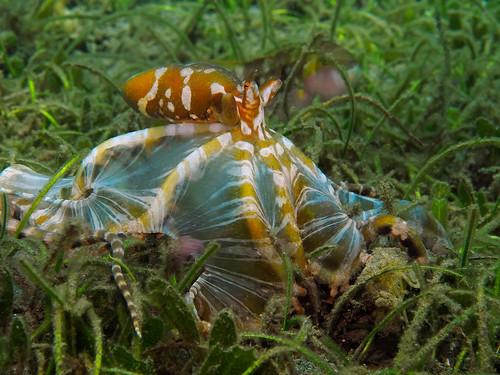 This is a very special type of octopus. Related to the equally fascinating mimic octopus, it was only scientifically described in 2006. It lives in shallow waters, and prefers sandy areas or seagrass. It uses its well-developed sense of vision and flexible body to masterfully evade would-be predators. Sometimes it even seems as if the Wunderpus’ skin pattern changes are mimicking the dappling, the pattern of the waves above reflecting on the sand in shallow waters. If the Wunderpus feels threatened, it quickly retreats into its home-burrow underneath the sand. This is an intelligent animal with complex behavior, and when we observed it it seems as if it was observing us with equal curiosity. 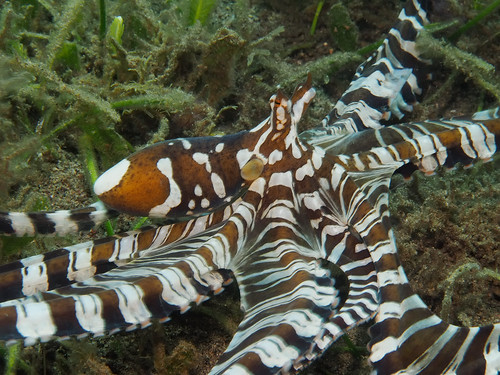 Hochberg, Norman and Finn, who were the first to describe this species in the scientific literature note that “The species also extends its arms into holes to probe for potential prey.”. Another foraging method they describe is “web-casting”, where the octopus uses the fine webbing between its arms as a fishing net to capture crabs or small fishes living in the seagrass. We had the chance to observe both types of behavior on our morning dive today! 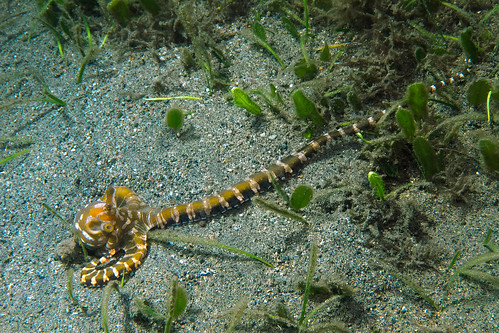 The scientists also state that “The distinctive color pattern of this species is most pronounced when the octopus is disturbed or threatened by real or perceived attackers. It appears to be a warning display and may represent one of two scenarios: either 1) it warns that the octopus is directly toxic or venomous by nature or; 2) it represents impersonations of toxic or venomous creatures with similar color patterns which co-occur in the same habitat.” Examples of venomous animals with similar stripes are lionfish, and sea snakes, both of which are frequent seen in Dauin.

The main difference between the mimic octopus and the aforementioned wonderpus is the white outline on the arms’ edge, which is missing in the Wunderpus (see this great marine life ID book for more details). Mimic optopi are occasionally seen in Dauin on a dive site called “Secret Corner”, a few minutes by boat south of Salaya.

The best thing about this Wunderpus is: we know exactly where it lives, and we can show it to you! We can also teach you to photograph and film it.

Happy diving everyone, I hope you had an equally great morning as we did with our Wunderpus encounter in Dauin. If you have any questions about the critters in Dauin, please email me at klaus@salayabeachhouses.com 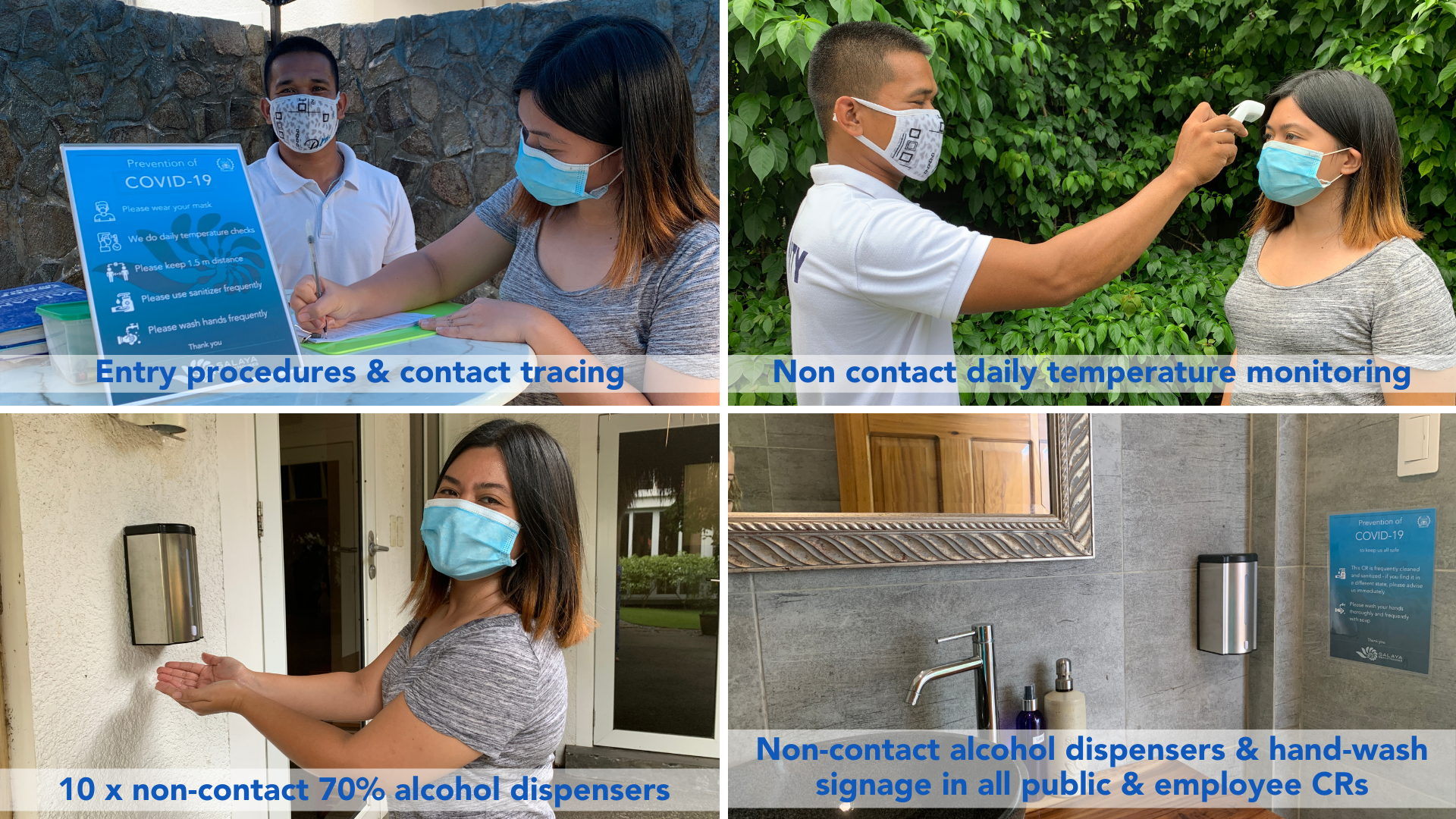